NYC and Some Apple Bran Muffins

I had fallen off my 10-miler training bandwagon this week as I had 2 interviews and a mid-week trip to see the Book of Mormon in New York. I took a couple of muffins (see bottom of post) on the bus ride to NYC this last week though. I was using baking as a way to destress about my interviews {but I probably should have gone for a run instead...}. Baking is one of my favorite ways to unwind!

While in SoHo last week, I tweeted a pic from an amazing cupcakery -- Baked By Melissa. They were mini cupcakes that were as satisfying as the full-size-calorie-bombs! The peanut butter chocolate was my favorite.

As for tonight, I'm making a couple new (for me) recipes that I pinned, to take to work this week. I won't post 'em since I followed them to a T. Or at least attempted to (I might have to rename this blog Pinteresting Failures).

and finally, the muffin recipe from earlier this week:

This recipe was adapted from King Arthur flour and I halved the butter, replacing it with banana. 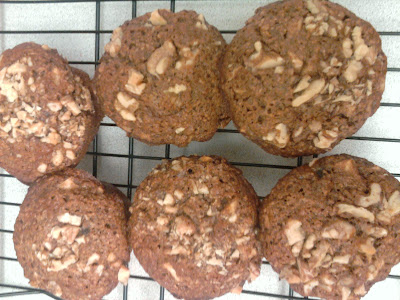 Preheat the oven to 375°F. Grease and flour a 12-cup muffin tin, or line with papers and grease the insides of the papers.

Mix together the flours, baking powder, baking soda, salt, and cinnamon, and set aside. In a separate bowl, cream the butter and add the sugar/sugar substitute. Beat until fluffy. Mash in the banana. Add the egg and mix well; stop once to scrape the sides and bottom of the bowl (After adding the egg, do not over-mix. This is how your muffins get rubbery.). Mix in the milk gently. Stir in the dry ingredients and fold in the apple chunks. (Opt: Stir in 1/2 cup chopped walnuts)

I baked mine for 20 - 25 minutes but used a large muffin tin from Williams-Sonoma which takes longer but bakes very evenly! I really want the mini-muffin tin.

Oh, and if I'm still living in the DC-area (e.g. I'll be on this side of the country), I will be doing this: 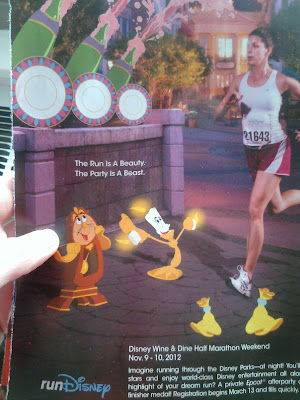