It Seemed Like a Good Idea at the Time...

Occasionally, I get these crazy ideas (*thanks* Pinterest) to make something from scratch that I could purchase for less than $5. Yes, those would be the makings of homemade ravioli (and no, I don't own a ravioli cutter). It was painful. It was laborious. It turned out nothing like the photo I pinned. 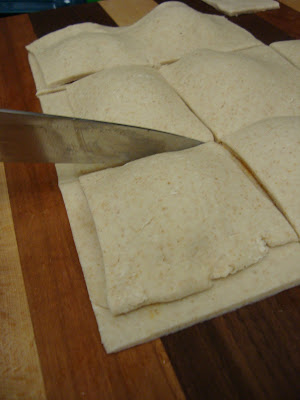 The lovely, vegan catalyst of this project can be found here by the Petite Kitchenesse. I used half-wheat, half-white flour and, gasp, added an egg to the dough. I also really, really regret not adding cheese to the filling, because frankly if I'm going to work that hard at something, the result should taste like heaven in your mouth. Cheese does that for me.
The remainder of the recipe I essentially left untouched. (Actually doing something I pinned, ftw!)
I peeled and chopped 2 large sweet potatoes into 1" cubes. I had quite a bit leftover, which was fine because it was delicious. I would use 1 med-large potato if you do not want leftovers, although, if you're reading this, you are mostly likely not of the anti-delicious-leftover sort. 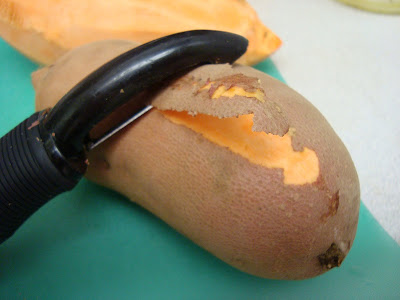 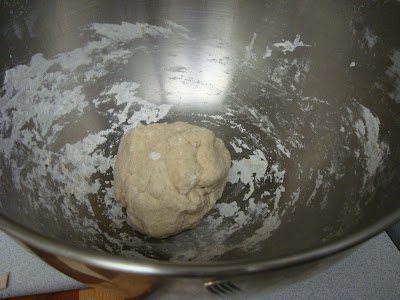 Mash the potatoes, adding the coconut milk (or cream...) and a ground chili pepper. 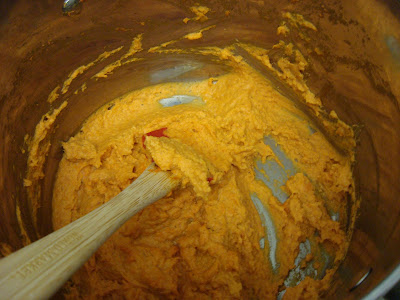 Finally, I roll out the dough (so easy to type, so hard to do) and add dollops of the filling to half of it. Wet the edges around the filling with water. Overlay the other half of the dough. This was my first time so I did them 1 by 1. Sad, I know. It literally took forever. Slice to make raviolis. Press edges with fork. 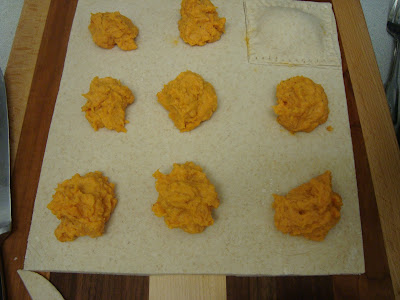 Repeat until out of dough. I think this batch (a half batch, if you're working from the PK recipe) made about 14-15 large raviolis. 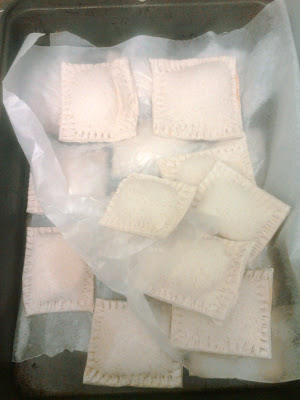 The good news is that they did taste more like the raviolis I usually never sometimes buy from Eastern Market for $14/lb, and less like the frozen-grocery-store variety. I layered them with wax paper and put them in a plastic container in the freezer to store.
Posted by Aubrey at 5:47 PM

Email ThisBlogThis!Share to TwitterShare to FacebookShare to Pinterest
Labels: carbs and more carbs, could be vegan, pasta, wtf was i thinking