Races Loved and Races Lost in the Bay Area

Didn't get into Napa to Sonoma? Trust me, I've been through that 2 hour registration, website crashing game to pay $150 for a race. As much fun as that can be, I've pulled together a list of hot ticket Bay Area races and their sane-yet-similar "sister" races. 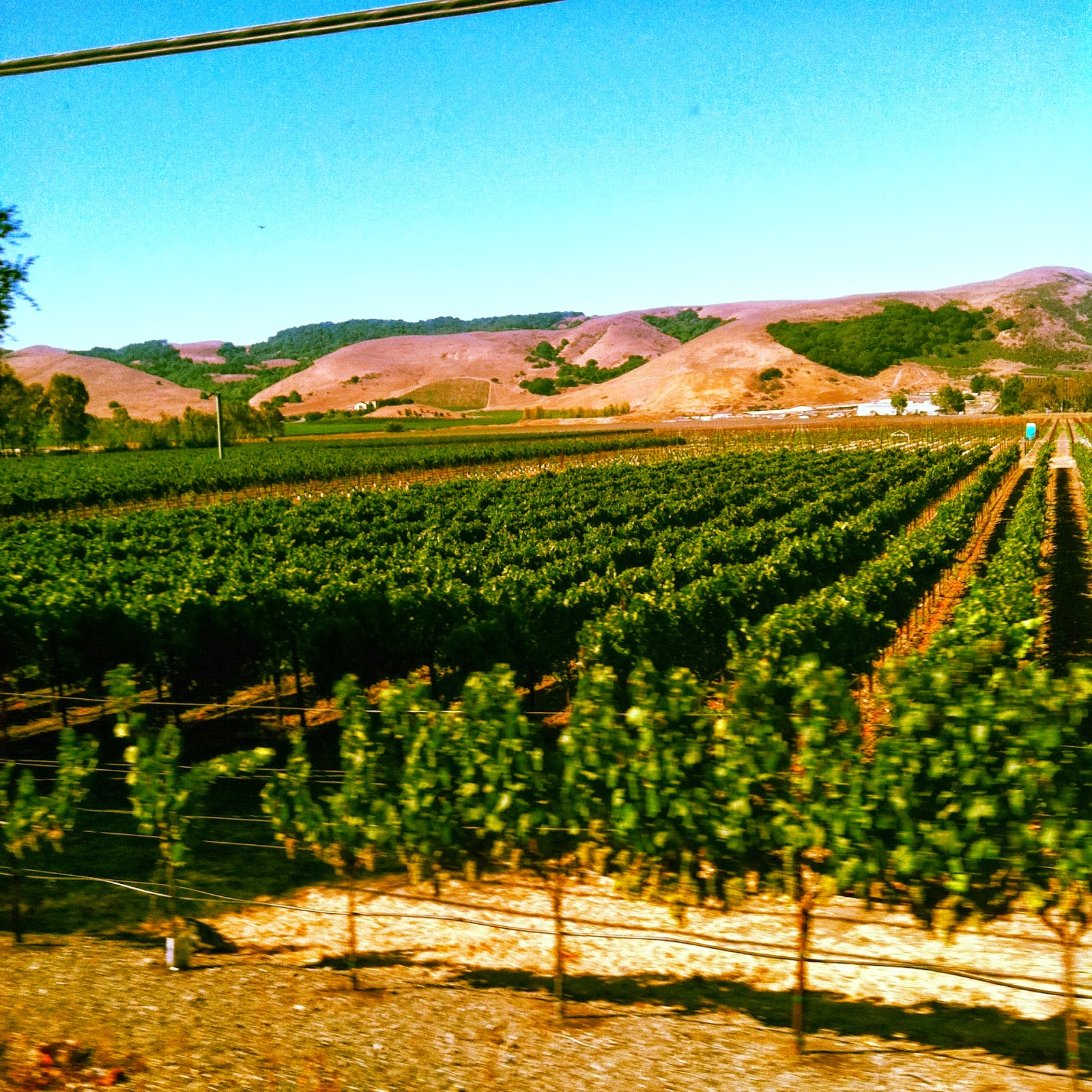 You might even have a sip on the run... 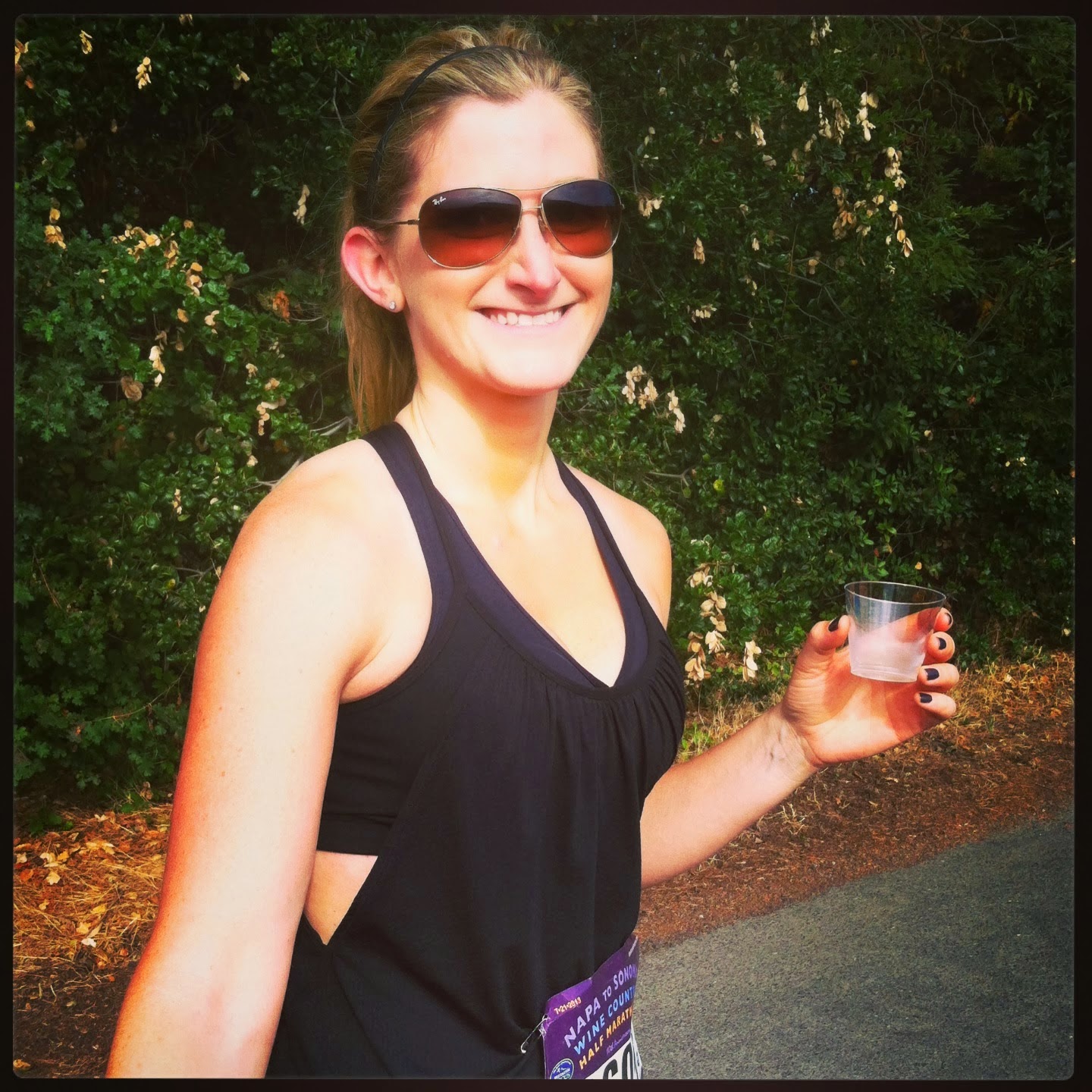 Then you'll finish with an unlimited wine tasting! Awesome. But what if you didn't get into this bucket-list of a race? Try the...

The lesser known but still fantastic Dry Creek region produces some pretty good wines (Wente!) and the race has similar views to N2S.  See all the wineries there along the route? Perfection. 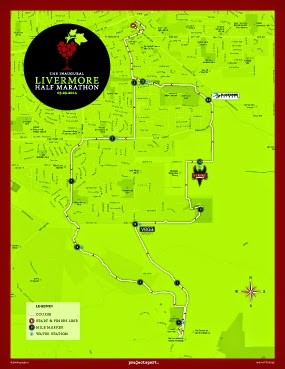 Plus you'll get all that wine after, and it's held on a Saturday so it's a perfect race for actually enjoying the wine.

{Via Napa to Sonoma Half}

This race is March 28th and there are entries still available. Sounds almost too good to be true compared to the craziness I endured for N2S. On to another quick to sell out Bay Area race...

I've only run the 5k version of this event so I can only vouch for the amazing organization and excessive amounts of free snacks afterward. There was also a post-race concert (of cool local bands). Win-win-win. Here's the course map:

It's nearly the same race as the San Francisco 1st Half except you circle back through the Presidio instead of over to Golden Gate Park. (The Presidio is more breathtaking than that part of GGP anyway.) 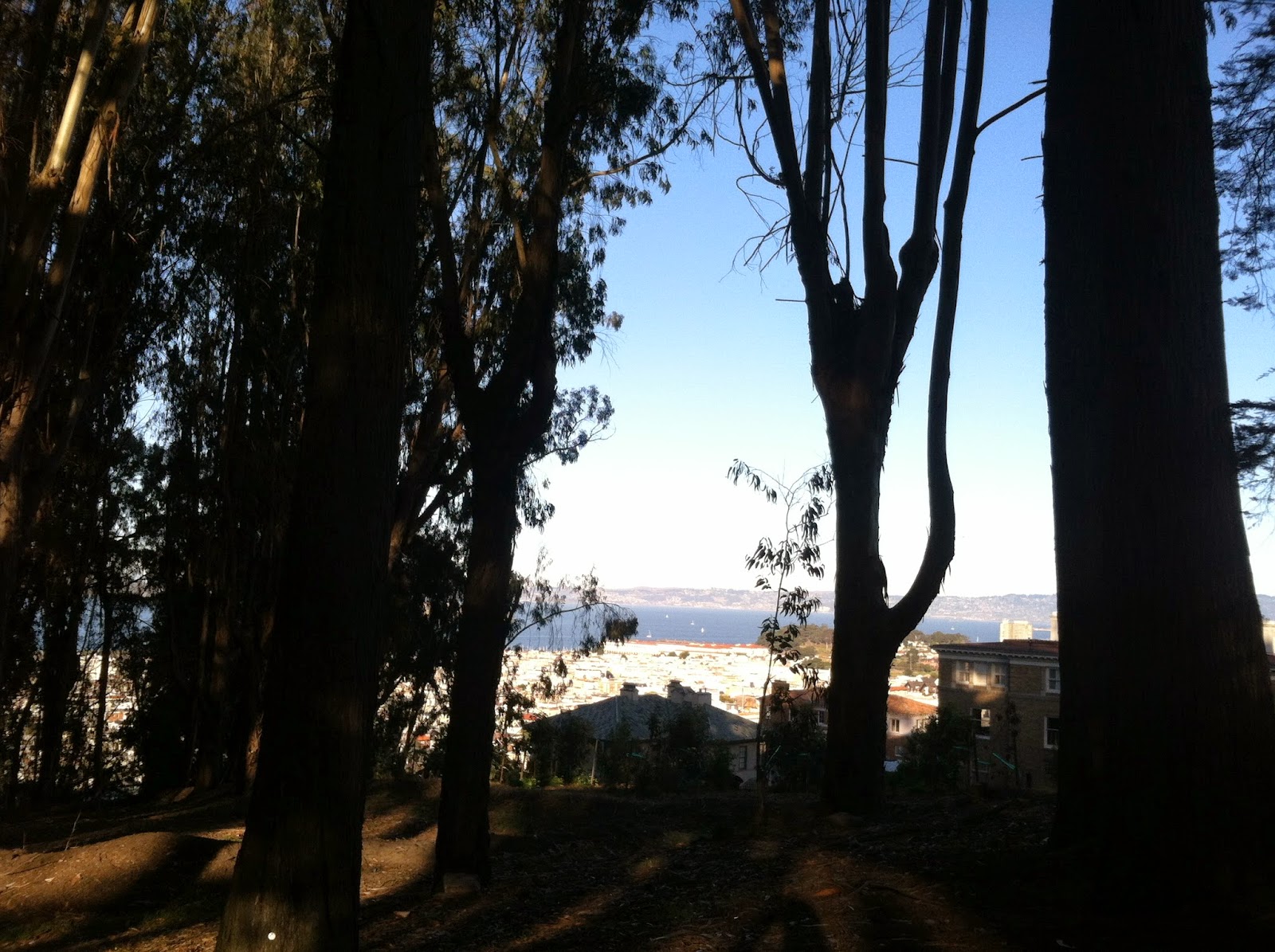 I think I also got a hot meat pie and warm drink after this race back when it was the US Half. Plus you basically finish in front of Buena Vista and I can't think of a more perfect fall weekend than a long run finished with an Irish coffee. 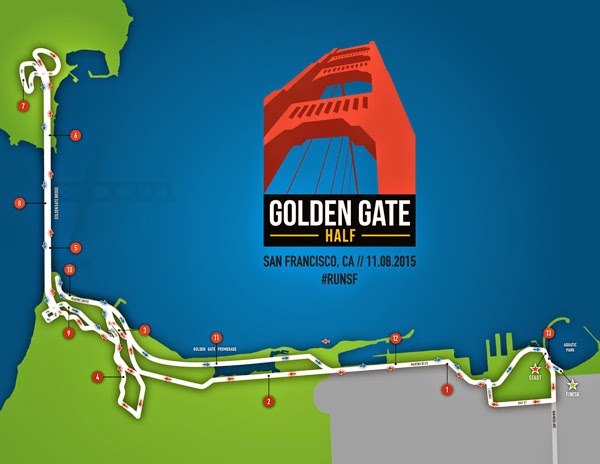 Ahhh another race people seem crazy about. It's hard to get registered for unless you mark your calendar and set 5 alarms for yourself to remember to register that day. There's the dude that shows up at the finish line with all the sand dollar-like medals from every Big Sur Half ever. But the views were so amazing...I almost considered registering for the full (HA!). Plus the guy on the grand piano and all the local support. Ugh, this one is a really tough race to match. 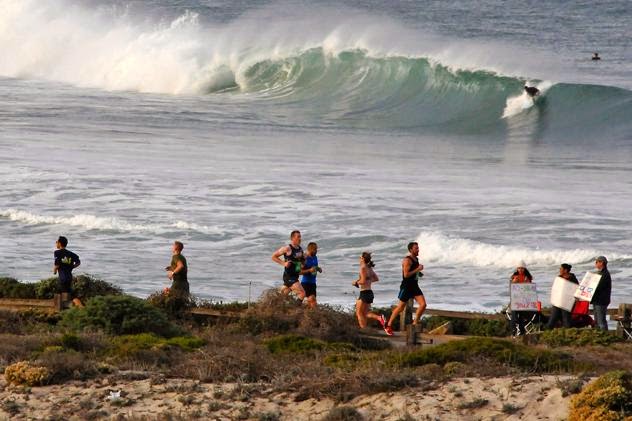 Other than some Marin headland trail races, it would be tough to find views with as much ocean as this race. A few I'd recommend but haven't done:

Golden Gate Trail Half Marathon (It was Sunday, Feb. 8, 2015 starting at Rodeo Beach in Marin)
This trail run looks gorgeous! I've hiked through here quite a bit and it would be an ass kicker of a race as well as plenty of ocean views and maybe some glimpses of SF. Fee was $45 in 2015. 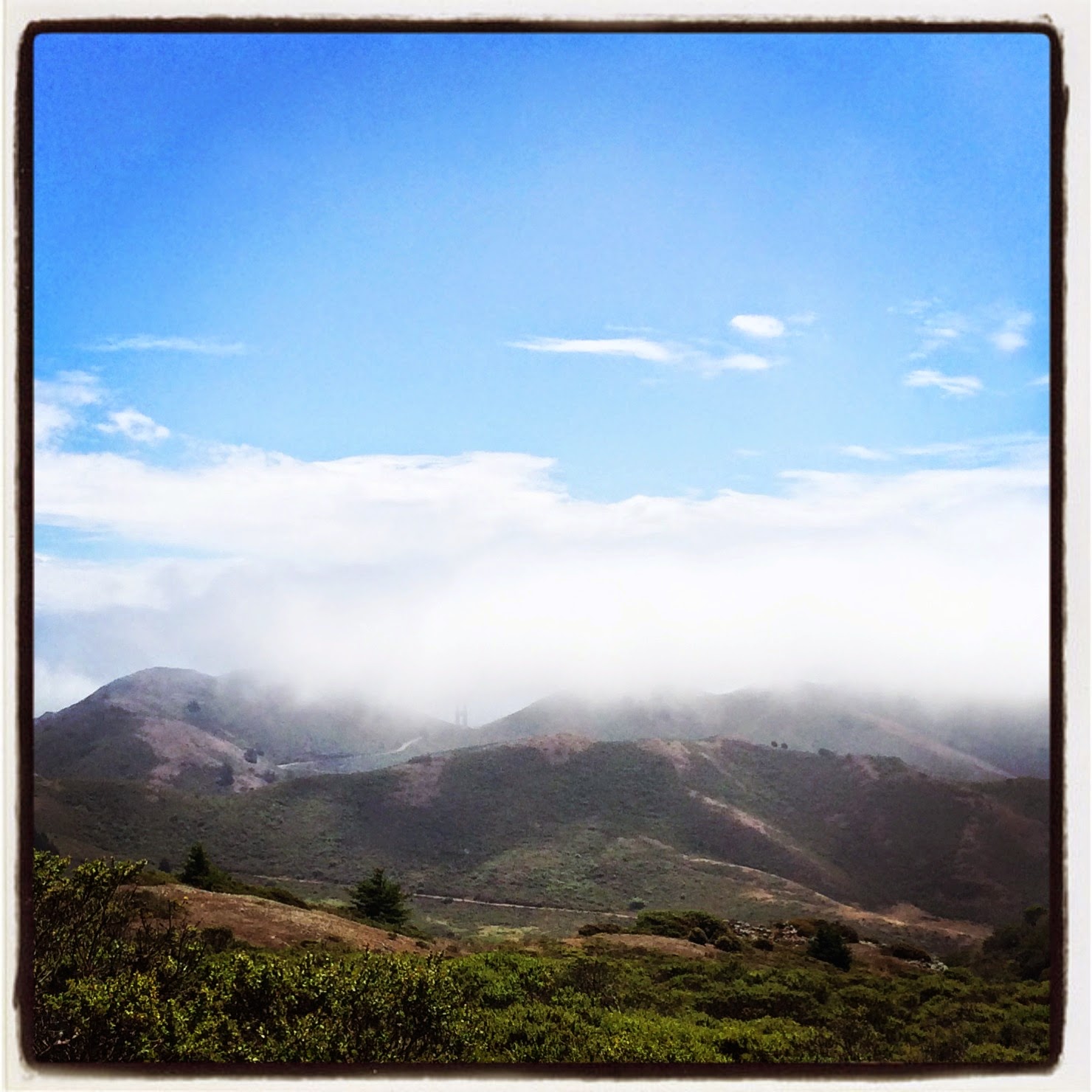 
Santa Cruz Half Marathon (April 12, 2015) A lot of ocean front on this one too. Some paved and some dirt with a much less classy finish in the close but oh-so-far from Monterey local of Santa Cruz.  I think this would still be a lovely race and make for a fun girls weekend. Reviews here and here. Fee is $75 right now.

Kaiser Half (haven't ran) and Hot Chocolate 15k (have) also give you about 4 miles along the ocean and the rest through Golden Gate Park so those are some pretty lovely surroundings. Finally for the most crazy-hard SF race to get into:

OK, so no other race will have sparkles, glitter, and jewelry all-in-one quite like this race. 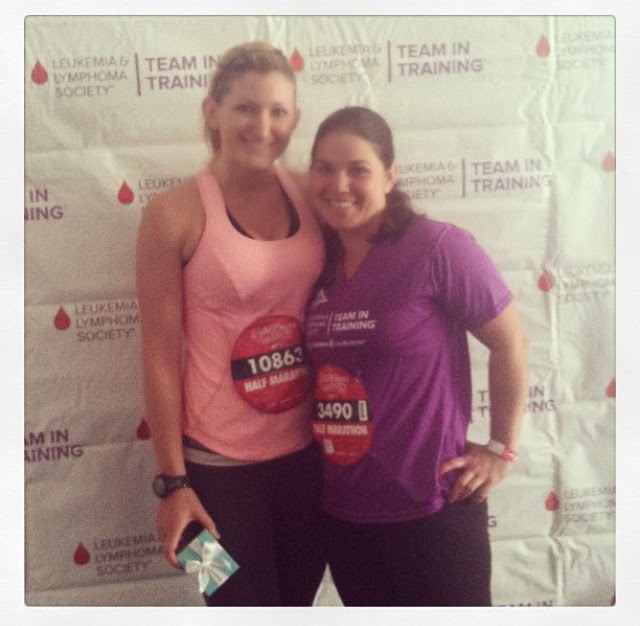 And the firemen, and the music, and the after race massages. It's fun. It's hilly. It's very over the top. The only races I've been to which even kind of compare in atmosphere are the Rock-n-Roll races. (However, in San Francisco we have something called BAY-TO-BREAKERS which is an insane experience and you can use the money you saved to buy yourself a $100 Tiffany's necklace. Just thinking outside the box, people.) The Rock-n-Roll SF race is some thing I have yet to experience but here is it's route: 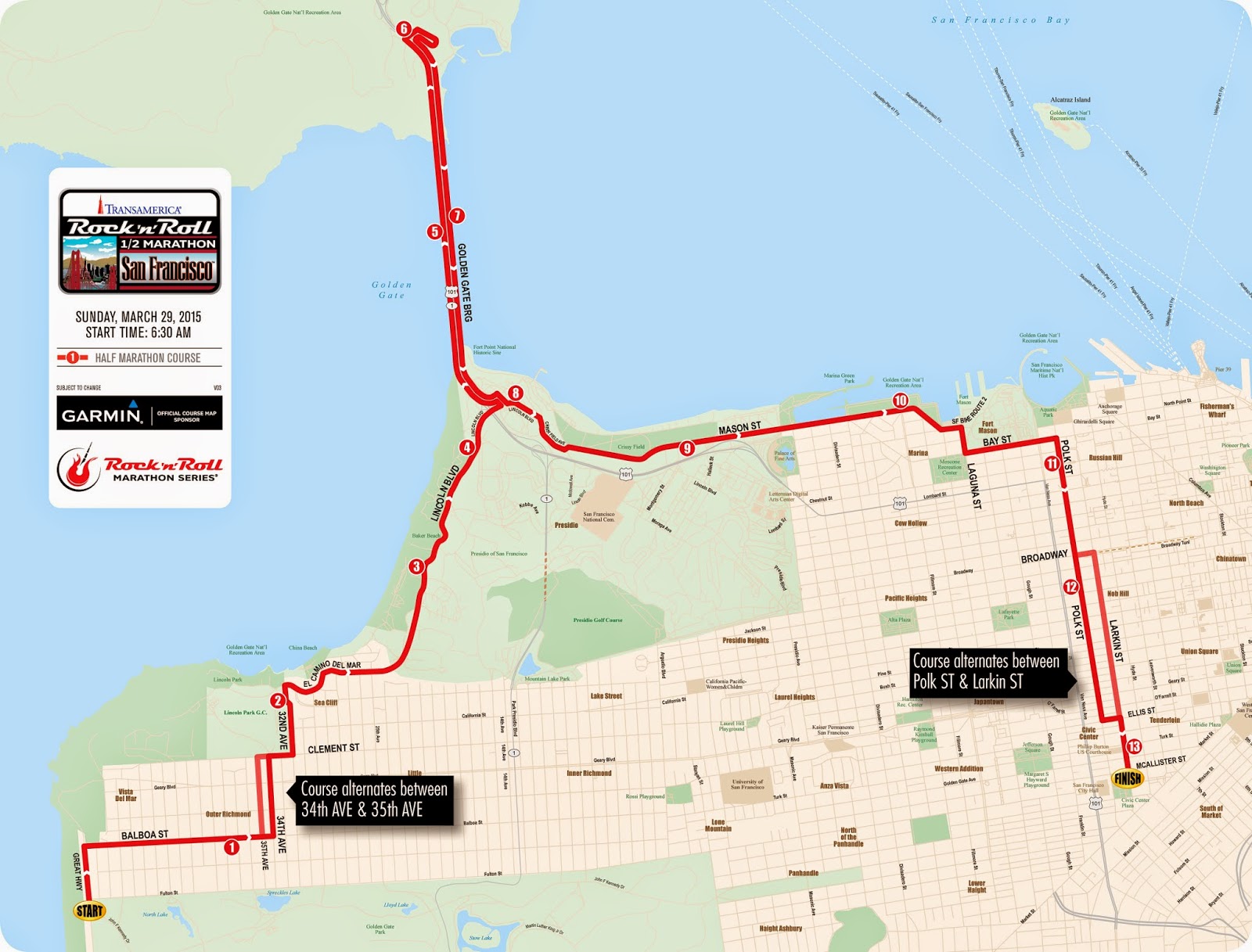 This is a pretty sweet route with some nice hills in there. The finish line parties and the organization of the RNR races is a large scale production similar to Nike. Plus I think it's 10:1 you'll have Brett Michaels as the finish line performer so there's always that. (UMMM...apparently it's the American Authors this year.) RNR SF is in March and runs about $120, maybe less if you find some nice ambassador on Twitter. :)

The Nike route was majorly overhauled in 2014 and there's no guarantee they're keeping it the same in 2015 so I won't bother posting it. It kind of follows part of the Bay to Breakers route (you'll see the Haight and GGP), and then veers off through the Presidio. Nike didn't include the bridge, which I think is kind of sad because it's such a unique experience but honestly the size of the race also makes the bridge cumbersome. The RNR race also finishes at Civic Center which kind of makes me want to freak-out mentally on behalf of all the tourists so there's a balance I guess that's off for me course-wise with both these races. I'm just saying it's important to look for other factors than maybe the hype sometimes...Like Saturday start times and price points under $100!

Any comparable races that I forgot? Any races here you love?